← Minimum Viable Product has to be Viable
Emergent Leadership →

Leading By Anything But Example Is Futile

Since kid we learn to copy our parents behavior. We hardly ever listened to our parents, but instead we copy their actions, attitudes, religion, political views, behavior models, vocabulary everything. This behavior adoption is also known as “learning” and it goes on without much critical thinking until we arrive to teenage and start rebelling everything they say. 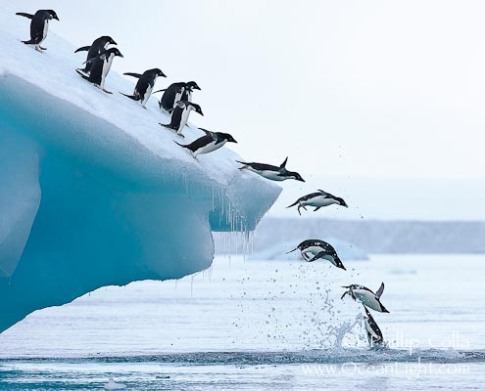 This mindless copying actually seems to one of the big difference between humans and our closest relatives in animal kingdom: chimps. I remember watching a documentary on differences between human and chimpanzee children. When showing a predefined set of movement to open a box that contained a reward (candy). If the set of movement included unrelated moves that did not help opening the box, the chimpanzee actually skipped these moves and went straight to candy whereas the human children repeated the whole set of movements that did not seem to have any function.

Humans are great at repeating rituals that don’t seemingly have any function at all and this comes very naturally for us, imitation is the most important build-in learning mechanism we have and this is why the best way to lead and teach is by example.

The managers are appointed, but leaders emerge. These are commonly seen as being pretty much the same, but I see them quite differently. Firstly manager is appointed as an authority that has certain control of the team. This does not imply leadership. Leadership must be earned. Leadership implies followers and nobody willingly follows someone they don’t trust and respect. Respect and trust be earned. In the best case the manager will eventually win over the team and  earn their respect and trust and becomes a leader. One way to gain trust is to give trust. Trust your team and give them a chance to raise up to the occasion.

The best a manager can do war her team is to be an enabler, a servant of the team. It is the manager’s job to help the team do their job and make sure they have what they need. That includes knowing what needs to be done. The team can function without the manager, but the manager is nothing without a team. A good manager allows the team to grow and self organize.

It’s essential for manager to foster teamwork and spirit and to steer clear from internal competition within the team. Internal competition has traditionally seen as a good way to encourage and motivate members to do a better job, but this has been proven wrong.  Management guru Edwards Deming has written about the subject at great lengths and any manager new or experienced should pick up his books and try to learn some. It’s much better to reward team members for working together for the benefit of the whole team instead of individual praise that can easily lead to envy, defensive attitudes and rotten team spirit.

The manager needs to show by example how to give and get feedback. He has to show that it is ok to to give feedback and he has to be able to take it as well. He needs to make sure the team understand what is expected of him, but it goes both ways, he needs to learn what the team expects of him. It is not enough to say, you have to do as you say.

Feedback in general is something we all need and want if we really want to improve and learn. Even bad feedback is information. Giving feedback to his peers and own managers is a good  way to show example that everyone can do it. Feedback is communication and is essential for any organization that wants to be a proper learning organization. Any manager who wants to be a true leader, has to show example and act accordingly, because actions speak louder than thousand words.

← Minimum Viable Product has to be Viable
Emergent Leadership →